Transforming communities and creating revitalized and dynamic brands are tasks enjoyed by Attuned. Attuned and Philips have played key roles in changing the identities and perceptions of communities that have become examples of public-private cooperation and combining art, architecture, strategic communications and special events. 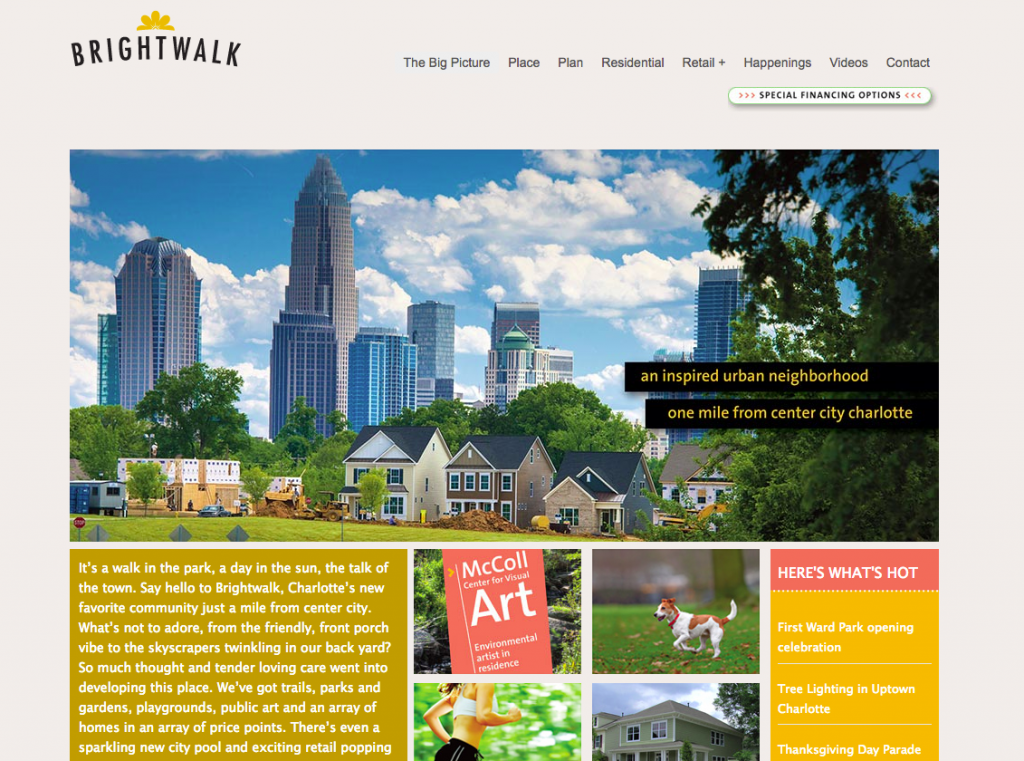 Attuned partnered with The Littlejohn Group in conception and promotion of Brightwalk, a transformative neighborhood that is now a pillar of Charlotte’s fast-changing North End area. Attuned led creation of the brand identity and promotion of this inspired neighborhood that was launched while Charlotte was still weathering the storm and impacts of the Great Recession. Combining parks, creative art projects, and a mix of apartments, single family, and townhouses by the Charlotte Mecklenburg Housing Partnership and CalAtlantic, Brightwalk has brought an exciting new vibe to Double Oaks and the North End in an area once plagued by crime and blight.

« See all solutions and case studies